Whoever said that boys are easier to raise than girls, never met the Raifords. My parents tried all that they could to reign in the energy produced by seven sentient Texas tornadoes, who left destruction in their paths. According to my mother, I was the least destructive of the seven sons. I am not taking credit, though; it’s how I was made. I was the quintessential middle-child through and through. I was the peacemaker (most of the time). With three older brothers and three younger brothers, I often felt like I was the Moses who was tasked with parting this sea. But, when I was off-duty, I did get into all sorts of mischief with my brother Tony. We were the tame ones.

Most of the action and adventure that dominated my young life sprang from the cooperative imaginations of my brothers. Since there was no limit to the stories we could create through our play-acting, it was not uncommon to have Daniel Boone attacked, not only by Redcoats or bears, but also Nazis and/or extraterrestrial conquerors. Imaginative eight-year-olds care nothing for historical accuracy.

During my young adult years, I took on some very odd jobs to keep my own young family fed. The oddest job I took was working as a cowboy for two years. Riding and roping and pushing cattle around on a large cattle ranch nestled in the snow-capped mountains of northern California, I learned what it meant to work hard. After moving back to my beloved Texas, I worked in the printing business, as well as gun sales and corporate security, all while I studied to go into church ministry. Yes! I pastored a church for ten years as my wife and I raised five talented children. Those offspring would later become the inspiration for my first novel, Void of Power – New Generation, which surprisingly contained no Nazis or extraterrestrial invaders.

Now residing in Liberty Hill, Texas I spend most of my waking hours behind a keyboard. My wife Beverly, retired from the insurance industry, is my first-line manuscript editor before they are sent to a professional. Of all the things I’ve accomplished in my lifetime, writing is the most therapeutic, relaxing and satisfying.

October 6, 2020 If you are anything like me, the thought of writing a book pops into your head at least once or twice a year. For me, when the urge began it usually kicked up visuals in my head that might resemble to image above. That is our self-doubt kicking in. It...

END_OF_DOCUMENT_TOKEN_TO_BE_REPLACED

March 6, 2021   Void of Power – From the Ashes (book two of the series) is scheduled to be published on March 17th, on Amazon.  Preorder your copy today! Click here!  https://tinyurl.com/nkux6w9n The storyline in book two has some twists and turns that I know is...

END_OF_DOCUMENT_TOKEN_TO_BE_REPLACED 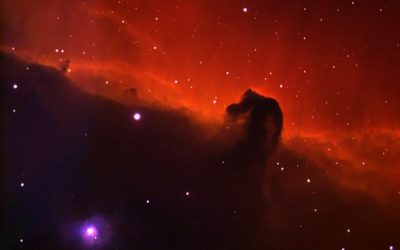 October 7, 2020 Everyone should pursue a hobby. When I was twelve years old, my mom bought me a telescope. After my brother used it as a baseball bat to knock a ball over the house, my hobby went dormant. It wasn’t until I was an adult that I picked it up again and...